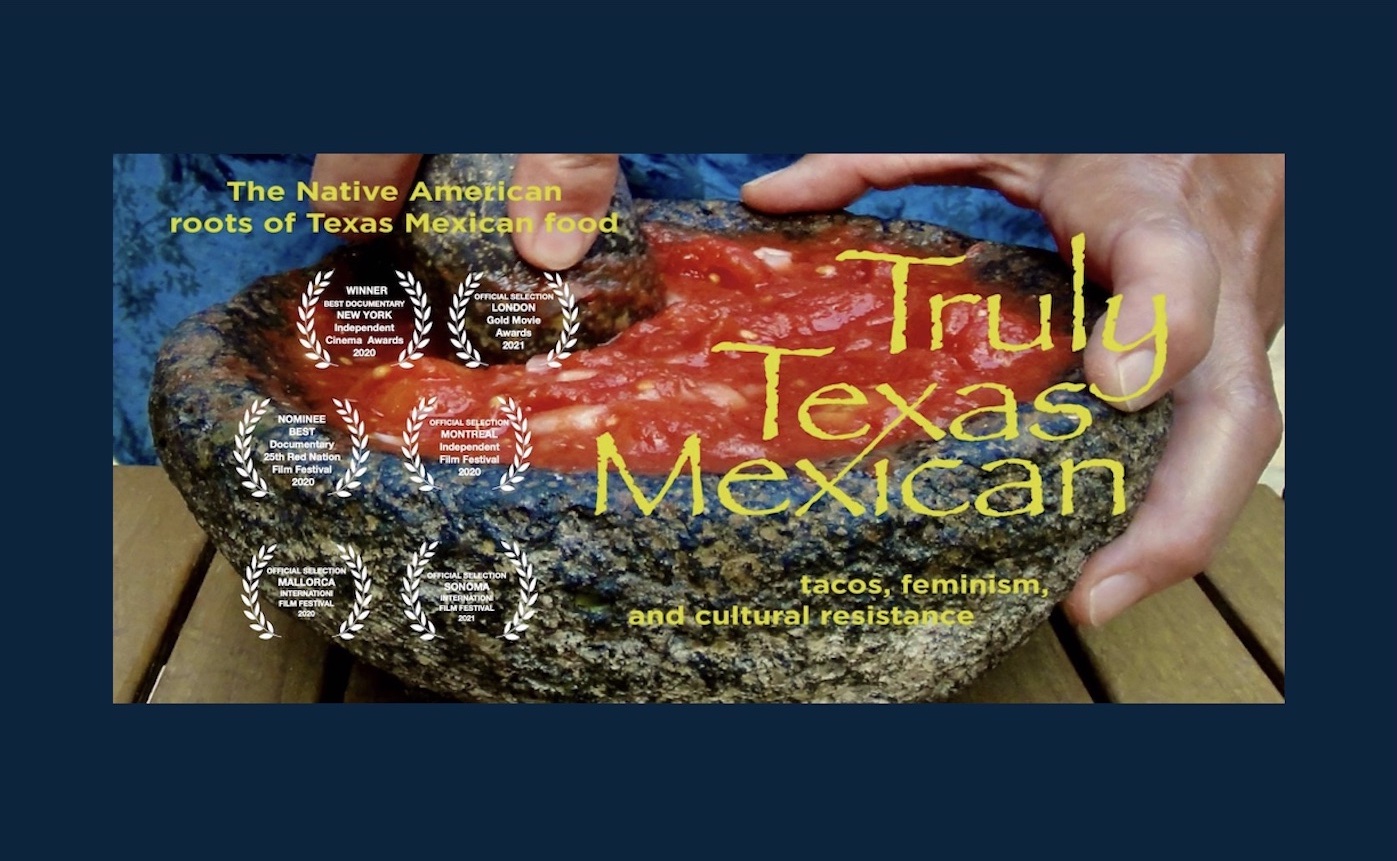 Available in both English and Spanish

15,000 years ago, Native American women domesticated the plants and cooked the same game and fish we eat today. It’s the “comida casera,” (home cooking) of contemporary Texas Mexican American families. Comida casera was made famous in the late 1800s by indigenous businesswomen, chefs, who operated outdoor diners in downtown San Antonio. Later dubbed “Chili Queens,” the chefs were harassed and forced out of business, victims of racism.

But other women followed in their footsteps throughout the state, they kept on cooking.  Chefs, artists and community leaders in San Antonio, Corpus Christi, Brownsville and other cities share intimate food experiences that shape who they are today, facing a history of discrimination, dispossession and violence.

The road movie weaves through Texas cities, naming the racism that erased Native American history and celebrating the food that kept alive the community’s living memory and heritage.

Food narrates who we are, and indigenous Texas Mexican food questions what it means to be “American.” It offers a new type of encounter.
One of understanding, building a table where ALL ARE WELCOME.

Our production team is an international Texas/Latin America collaboration:
Executiver Producer, Writer: Adán Medrano, (Texas) his work has been featured in The New York Times , The Washington Post and The Houston Chronicle.

Producer: Virginia Díaz, (Texas) her list of Feature Film and Television credits include: “Selena,” “The Chase,” “Rushmore,” and others.

Director: Anibal Capoano, (Uruguay) his documentary films involve communities in the making, his most recent, the award-winning, “Caballitos De Lata”

Editor: Bill Moore, his work in feature film editing has garnered awards and include “Hubble-Secrets” for the Discovery Channel, “Darkness into Light”for PBS

Sound: Scott Szabo, his work on feature films and television shows include “Sanitatum” and “One Crazy Christmas”

And by:
The National Association of Latino Arts and Cultures (NALAC), the Andrew W. Mellon Foundation, the Ford Foundation and the Surdna Foundation through a grant from the NALAC Fund for the Arts Grant Program

The Idea Fund, Houston, a re-granting program administered by DiverseWorks, Aurora Picture Show, and Project Row Houses and funded by The Andy Warhol Foundation for the Visual Arts